I am so thankful to be here with those I love.  It has been a difficult year and the messages of the months just past are grim, indeed.  We are embattled with Nature.  A "storm of the century" did unprecedented damage to our homes leaving too many of our Long Island neighbors without a place to stay.  Much of the repair and restoration still lies ahead and will take a long time.  But we will never restore the lives lost to the storm, and these also included some we know by name.  We have so rarely felt so vulnerable.  And what is worst perhaps is that this nightmare may be the "new normal,"  a result at least in part of human activity, an environmental injury to which each of us contributes every day. 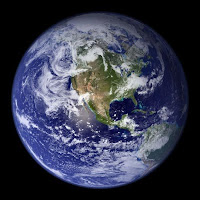 We are embattled as well with one another. I am reminded of the description a recovering addict once offered to describe how he reached bottom:  "I reached a state of degradation that surprised me by being even lower than my rapidly declining personal standards."  And so it was in Connecticut when twenty young children were murdered in a sudden, random and awful act.  No doubt mental illness played a role.  We must believe this because to believe that a sane human being could do such a thing would be to accept an account of human nature that is beyond our imagining.

Too many Americans are following too many elected leaders toward a state of paleolithic tribalism fueled by the basest of instincts.  The marketplace of ideas is noticeably unpopulated.  Deliberation is out; ad hominim attacks are in. Take-no-prisoners politics has eroded our ability to respect divergent views, to find common ground, to solve problems together.

We come together around this Christmas table despite these sorrows...to share what is still beautiful in our world -- this meal, a gesture of affection, your laughter, the Overture to Messiah, a December sunrise over Northport Harbor...and in doing so to stake a small claim to a different future, a better way forward.  Whatever the circumstances of the real, historical Christ child, we believe that He represented the idea that a single soul can re-create the world in ways that defy probability and common sense.   In our modern parlance, what I am describing, family, is your goodness going viral.

As Andy Warhol noted "They say time changes things, but actually you have to change them yourself."  God bless us every one.
Posted by Michael B. Grosso, MD at 2:59 PM