Is the Affordable Care Act on the Ropes?

The Supreme Court has concluded its deliberations on three issues linked to the 2010 Affordable Care Act.  Optimistically, I am taking the position that the nine justices will be deliberating about the constitutionality of this sweeping legislation, and not about its strengths or weakness - issues for the legislative branch and decidedly not for the court.  As I understand it, they will be answering three key questions.  First, does the commerce clause of the US Constitution empower Congress to mandate every American to buy health insurance whether they want it or not.  Second, if the answer to the first question is "no," does the entire law fail, or is this provision "severable"from other sections that are arguably unrelated.  And finally, is the law's requirement that the states participate in its various provisions in order to receive support for Medicaid coercive in effect. 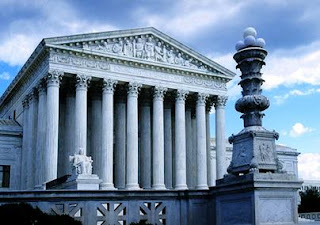 I am no scholar of the law, and what I know about constitutional law would fit on a three by five card.  However, I am struck by the central irony of this entire discussion.  The Obama administration backed away from the single-payer solution because it was seen as too radical a departure from a system of healthcare delivery in which private insurers were such important players.  Thus, the "mandate" that persons obtain health insurance in the private sector was created to find a solution that would be more palatable to free market advocates.  An expansion of Medicare for the purpose of capturing the uninsured would face no such constitutional hurdle.  Make no mistake: the ACA presented a very complicated solution, but it was a centrist solution.

One more thing.  If we get healthcare coverage taken care of, the job will be only half done.  In fact, less than half done.   Because the skyrocketing costs of US healthcare are NOT just due to an encumbered and expensive insurance industry (which they are) or to fraud and abuse (which represent only a sliver of the pie) but most importantly to patterns of medical practice and over-use that will be very challenging to address.  The psychology and sociology of this phenomenon runs very deep in US medicine and in our culture at large.  More next time.