It's Ten PM - Do You Know Where Your Doctor Is?

Genomics.  Robotic surgery.  Implantable cardiac assist devices.  The list of innovations that have extended life and health in the last generation reads like a sci fi novel. 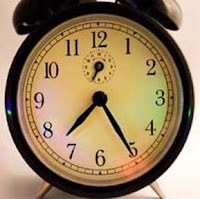 But when they run a fever on a Saturday evening, whom do they call?  Of course, many patients still have a real primary doc - an internist or family practitioner.  But it is far less likely in 2012 that the physician is in a solo practice.  According to a report by the NY Times, that chance was 58% forty years ago.  Today it is mere 18%.  And the rest?  They are in larger group practices with teams of physicians.  At a recent medical meeting, a colleague complained that it is a "miracle" if a patient happens to reach his own physician after hours.  Much likelier she will reach another member of her physician's "coverage pool," which may include anywhere from a few to a few dozen physicians.  And what if you reach a physician "on-call" for, say, 20 colleagues?  If the problem involves anything more complicated that the common cold, the answer will be predictable - "head over to the Emergency Department and the doc there will take care of you."

Nothing the matter with that except for long waits and large copayments.  Well, maybe a few other things.  Like the fact that this doctor doesn't really know you or your history, or whether you will come back for followup.  To make matters worse, hospitals are measuring ED docs on their "throughput time."  And if after sending you home, you need to return within 72 hours a black mark goes next to the doc's name.  So we, the hospital leaders, are sending signals that say to this ED physician, decide fast but decide right.  And if you're not 100% sure, admit the patient.  And while you're at it, do a blood count and a slew of other tests.  If there is pneumonia, don't rely on your stethoscope.  Get a chest x-ray.  And while you're at it, don't rely on the chest film either, send the patient back for a thoracic CT scan.  And now that you have much more data than you know what to do with, get the internist who will admit the patient...and call an ID consult (because pneumonia is an infection), and a pulmonologist, just in case.

Americans are looking on in alarm as our nation is embroiled in a debate about the future of our unsustainably inefficient healthcare delivery system.  Some conclude the efforts to fix it will imperil choice and create long waits for needed services.  Others of us have a different vision.  One that includes much better care coordination and that reestablishes the critical role of the primary care physician.  One that reemphasizes the need to weigh more carefully the benefits of individual tests and treatments, and that acknowledges the principle that simpler care is not only less expensive, but often more timely, less error-prone and more accurate.  And one that will allow patients once again to know how they can get their doc on the phone, even if it is 10 pm.